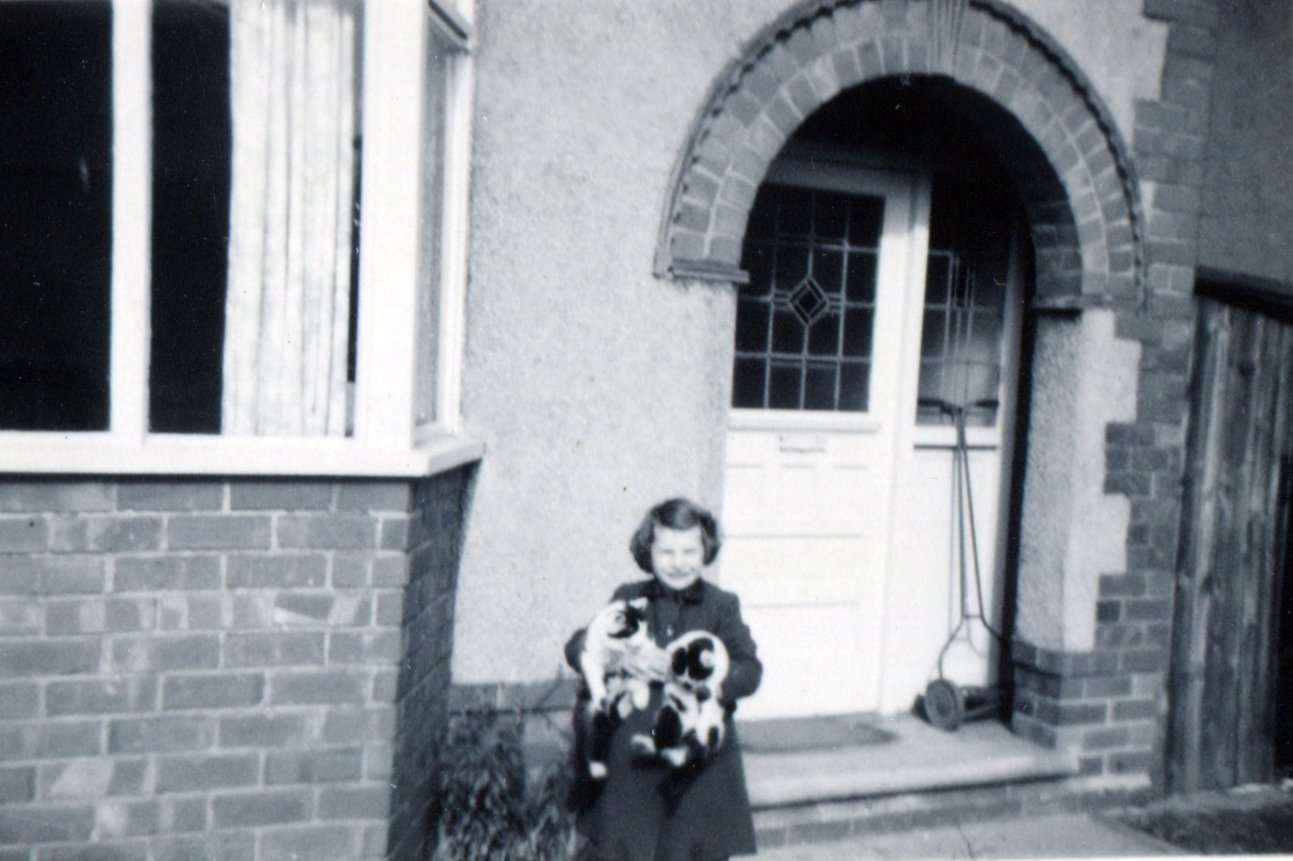 “Oh, but you’ll love it there!” Leaving that beloved childhood home.

New Year’s Day, 1959. It wasn’t a Bank Holiday in those days, just an ordinary day like any other – except that particular January 1st was the first day in our new home.

I’d lived in the Midlands for the first 6 years of my life, but my grandparents in Somerset weren’t well, so Mum and Dad decided it was time to move south.
Mum had spent childhood holidays near Salisbury and attended teacher training college in the city, so she was thrilled when Dad landed a teaching job not far from there.
Even more thrilling: a house came with the job! Our 1930s Worcestershire semi was sold – I think for about £3,000 – and we looked forward to moving into the new house in Wiltshire. It was rented, a council house no less , but we could look for something to buy once we’d moved.

“I don’t want to move,” I said, stubbornly.  “I like it here.”  And indeed, Dad and I always retained a love for the Midlands that my sister and Mum didn’t share.  It was where I’d grown up – well, I’d lived there for the first six years of my life, a long time when you’re that age!

Mum showed me a big print of Salisbury Cathedral.  “Oh, but you’ll love it down in Wiltshire!” she assured me.  “All that countryside!”  “But I’ve got countryside here!” I wanted to shout at her.  Heather-covered Tacky Hill and the farm track overhung with brambles that we called the Rabbit Hole were favourite walks for Dad and me – although even then, the fields around our road were steadily disappearing under new estates, where I’d walk the tightrope along the white kerbstones, before the new pavements got filled in with tarmac.

So, goodbye to Stourbridge and the Corbett Hospital, whose windows I could see from my bedroom as they caught the sun.  Goodbye to Stourbridge Library, where a model of a steam engine on the counter made library visits as much fun as going to Dudley Zoo – well, almost.  Goodbye to Mary Stevens Park, and Stewponey and the canal, to Kinver Edge and Kingswinford.

Hello, Wiltshire.  Our house was pink.  Pink fibreglass walls held together with strips of metal flashing painted pink.  A Reema house, a form of prefabricated construction deemed these days ‘non-conventional’.  The flat roof of the porch was held up with two shiny aluminium poles,  and instead of painted wood, the windows were framed in custard-coloured metal.  Inside, the floors were black and shiny, and our Worcestershire carpets didn’t quite fit because this house, as well as being pinker than our old house, was bigger.

My first impression of our pink house, that first day of 1959, was of a dimly-lit living room full of bedding on clothes-horses, drying out after – I suppose – being in storage during the move.  It was all a bit of a let-down.

In daylight, we explored the sloping garden at the back, empty of the sort of shrubs and flowers Mum had cultivated on the fertile and sandy soil of Worcestershire.  Here there were flints and chalk and not much else.  The whole estate had once been fields farmed by A G Street, in those days a renowned writer and broadcaster.  The gardens betrayed their origins as rough farmland.

In daylight, indeed, I expect Mum felt the move had been a mistake, that after our brick-and-pebbledash semi near Stourbridge this pink cardboard house was a bit of a comedown. 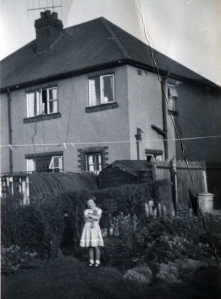 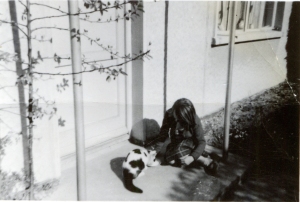 Me, I was six and loved having stables down the road and a view across water meadows to not one but TWO busy railway lines – and this was still in the days of steam!  And as long as there were cats around – and there were – I would feel at home.

‘Oh, but you’ll love it there!’ Mum had promised when she announced our move to Wiltshire, and in time, I certainly would.  But for Mum, I think it took a little longer.