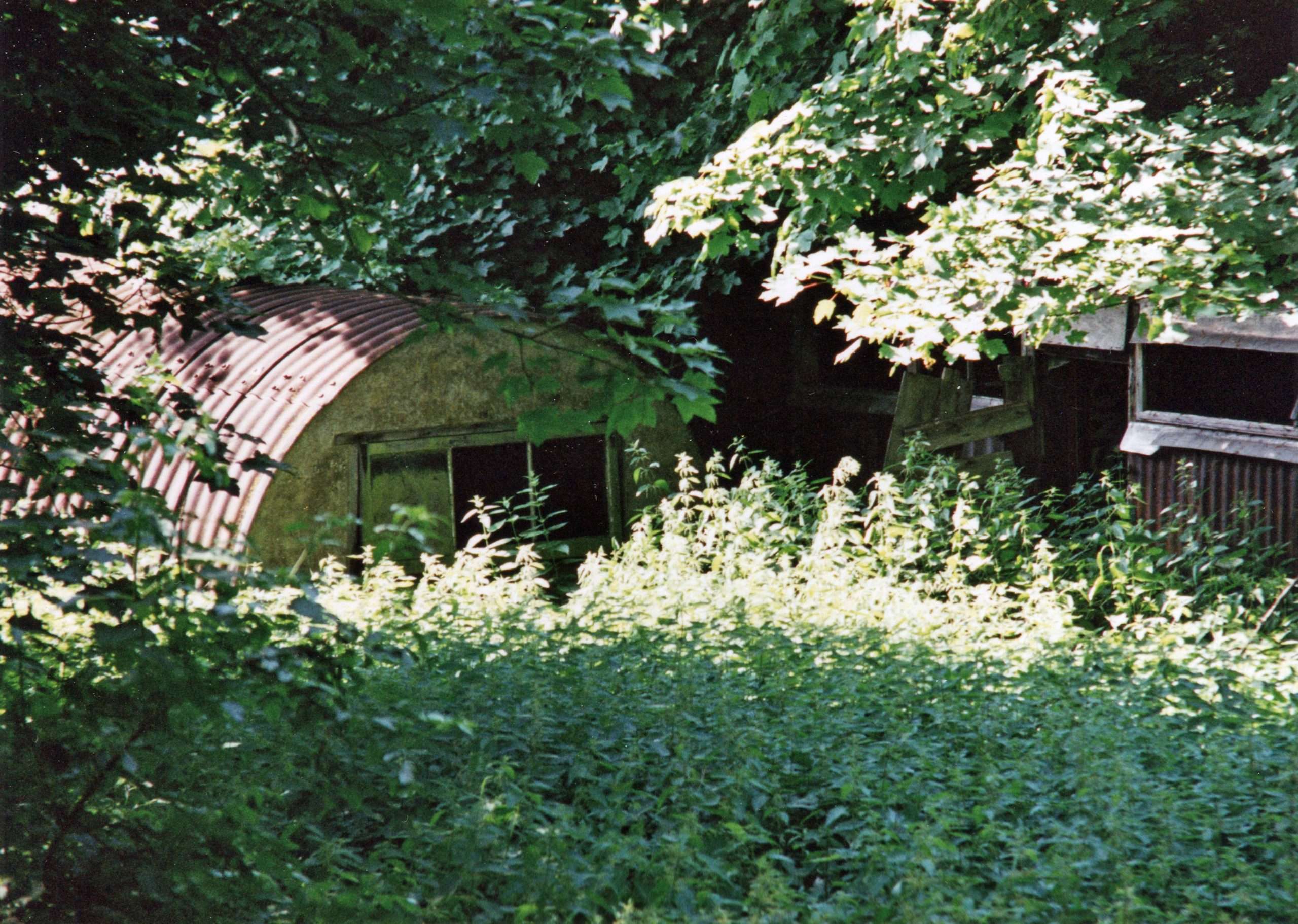 I hadn’t been well. ‘Walk every day, Brian,’ the doctor said, ‘as far as you can. You’ll be right as ninepence in no time.’

It was springtime, so being outdoors was no hardship. I walked as far as Manor Fields, what’s left of a country house, turned into open space — except now they’re going to cover it with a housing estate. I like to poke around the heaps of rubble, looking for scraps of broken china — it’s always willow pattern. One heap, I’d never explored until that day. It was getting overgrown, weeds sprouting through bricks from the old house, smashed roof tiles, rotting wood.

And there it was. A briefcase, brown leather with straps and buckles. Old-style. Must’ve been there a while, a few papers falling out of it already blue with mould. I grabbed a stick and dragged some of the papers near enough to read. Letters, dated only a few months ago. Hmm, so the case hadn’t been here that long after all.

Curious now, I clambered over and gingerly took hold of the briefcase. Insects scurried out from under it, but it was in better shape than I’d thought at first. And it was full of paperwork showing the owner’s name and address, phone numbers, email, even his bank details. Ed Burney, his name was, with a property development company near Watford. A wallet — no money, no cards — with photos of his family, his house —wow, huge garden! He’d want these back, surely?

I took the briefcase home, holding it away from me in case there were spiders inside. Back indoors, I spread the papers out on the living room floor and trained my fan heater on them until they were dry. I phoned Mr Burney and told him that I’d found his briefcase but, sadly, that most of the contents were ruined.

‘Oh, it can’t be helped. Actually, I never thought I’d see it again!’ He sounded relieved. ‘My car was nicked in Watford a month ago and left burnt-out near St Albans, minus the briefcase. They must’ve dumped it on the way. Can you send it back to me?’

‘I haven’t been well,’ I said. ‘Posting it’s going to be impossible. Why don’t I meet you where I found it? It’s only a couple of minutes off the M25.’

Maybe I should’ve told him before we met that the papers might be spoiled, but they weren’t actually illegible. Maybe he’d forgotten how much incriminating stuff was there: lists of contacts, councillors and planning officers he’d got something on, accounts showing what he paid them for the favours they did for him. Stupid man, leaving that sort of information lying around! Asking for it to be nicked!

He parked his 4 x 4 in the entrance to Manor Fields. He wasn’t as big as I’d imagined him: stocky, dark, in chinos and a denim shirt, open at the neck. More casual than I’d expected.

‘I can’t tell you how grateful I am to you,’ he said as I showed him the rubble heap where I’d found his case. ‘It’s the family photos I treasure most. Never mind the rest of it. I really owe you one!’

I don’t think he expected me to ask. He hesitated, then reached into his pocket for a bundle of tenners. He peeled a hundred quid off and held it out to me.

‘It’s worth more than that,’ I said, but he didn’t seem to agree. We argued and he started shouting and before I knew it, I’d picked up an old brick from the rubble heap, a bit of the old manor house that someone like him had demolished, and I was pounding it down on his head again and again.

I put the briefcase back where I found it and rolled him down on top of it. If you walked past, you wouldn’t see anything but rubble unless you went poking about the way I had.

He should’ve known better. Like I said, I hadn’t been well.