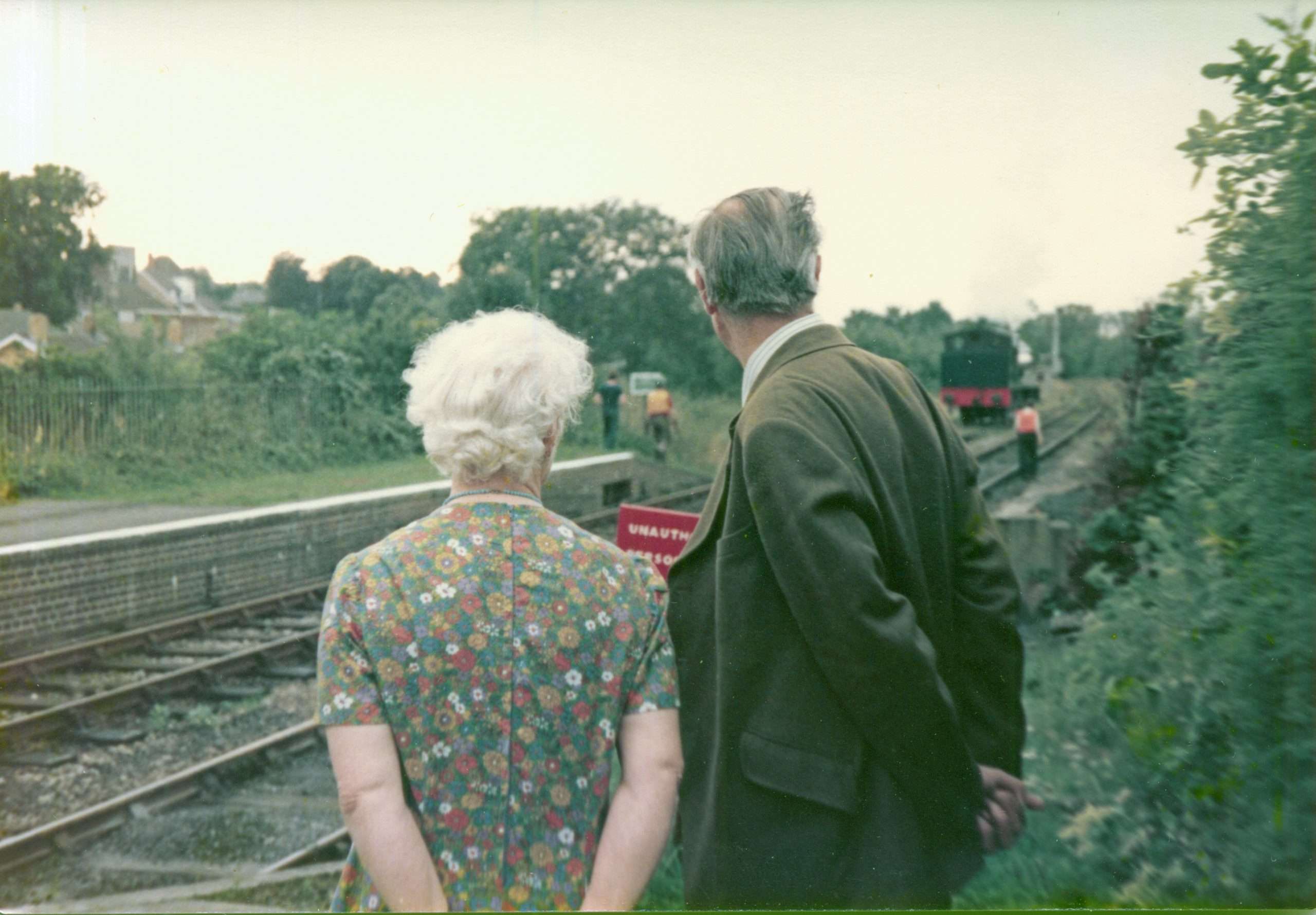 Camera shy? Or too shy to get my camera out? Why I wish I’d taken more family photos – when I still could

Now EVERYONE is a photographer, there’s an abundance of portraits, selfies and videos around, reminding us of friends and family even if those people themselves are no longer around. One of my biggest regrets is that I didn’t take more photos of my mum and dad when I could, but I know why I didn’t. I was simply too shy.

Most current mobile phones have excellent cameras in them, and some of us use our phones more for taking photos than for making calls! I had my first camera when I was twelve or thirteen, and took lots of fuzzy photos of places round Salisbury, and of our many cats and kittens.

My husband gave me my first SLR camera in the late Seventies, and I took even more photos – but hardly any of Mum and Dad. Why ever not? Simply, because I felt awkward asking them if I could take their picture, afraid they’d think I was sentimental or silly.

Now I wish I’d been braver about asking, because I have very few photos of them as grownups.

Mum hated having her photo taken, although she hadn’t always. Her Aunt Dot, a milliner by trade, was a keen photographer – still unusual in the Twenties and Thirties – and enjoyed snapping her niece and nephews as they grew up. By the time she’d had two children and become a full-time housewife, though, Mum had put on weight and her platinum blonde hair had turned grey. I can’t remember a time when she didn’t look uncomfortable in front of a camera.

In 1960, Dad’s parents arranged for a professional photographer to commemorate their ruby wedding anniversary. A beautiful July day: Gran and Grandad smile proudly out of the photo, but Mum looks as if she can’t wait for the session to be over.

A couple of years later, when she was helping on the craft stall at Wilton’s Whit Monday fete in the rectory garden, the local newspaper photographer, Henry Wills, snapped her as she was laughing at something another stallholder had said. That was the photo that got into the Salisbury Times.

‘How could he publish THAT?’ she wanted to know. ‘Why print the photo where I’ve got my mouth open, looking gormless?’ Poor Henry was never forgiven!

Ever afterwards, she was wary of anyone circling her with a camera, even if it was me with my Brownie or Instamatic.

Which is why I took so few photos of my parents, because I always felt too shy to ask if I could take a picture of them.

These days, I take plenty of photos of people – at writing events, activities involving Frome Writers’ Collective or my fellow Stellar Scribes, Jan Ellis and Sonja Price. And yet it rarely occurs to me to take photos of my friends – with or without me in the picture.

That was brought home to me very keenly last year, when I lost one of my closest school friends.  Despite drifting apart during our busy careers, Catharine and I had met up many times since I moved back from London, spending days in Bristol or Bath.

I took a few photos when I was with her – we both loved the quirkiness of Bristol and the sublime architecture of Bath – and yet I never thought to suggest taking a selfie of the two of us, or even taking a photo of her. I’m sure she wouldn’t have reeled back in horror if I’d suggested it – although, knowing Cat, she might have done! – but, somehow, I never did.

I have maybe half a dozen photos of her, the most recent at my wedding reception in 1976 – which seems absurd, but is sadly true. And now I wish I’d overcome my shyness and said, ‘You wouldn’t mind if I took a photo of you, would you, Cat?’ I probably thought there’d be other times to ask the question. And now there won’t be.

The photos I have of my parents are precious. I don’t have either Mum or Dad on video; I don’t even have them on tape, apart from a rather booming cassette of Mum playing the piano at home and breaking off to grumble at my sister for about ten seconds.  Catharine made a short recording for a Bristol local history website, and it’s good to hear her speaking with enthusiasm about a project that was dear to her heart.

And the lesson I’ve learned from this? Don’t be shy about capturing the images and sounds of the people around you. Don’t be like me, only brave enough to photograph my mum and dad when they weren’t looking!