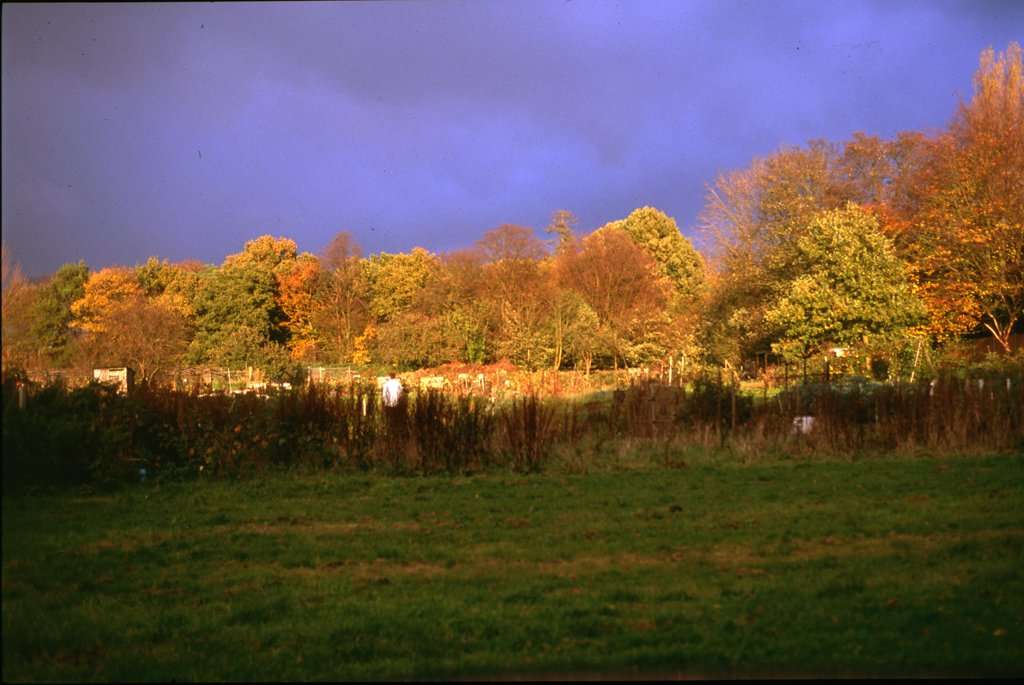 November 12th, 2004. The day of John Peel‘s funeral. A DJ and broadcaster who’d been a part of so many people’s lives since the mid-Sixties, he’d died suddenly on holiday in Peru some weeks earlier. The funeral made his loss seem so much more final. You couldn’t pretend any more.

That day was a turning point for me for a quite different reason. I’d gone to a meeting in Hertford – something to do with booking systems for library internet computers. Bright sunshine came through the window of the old hotel where the meeting began, but as the day wore on, I got colder and colder. I couldn’t face the sandwich lunch. By the time the meeting broke up, I just wanted to get home and crawl into bed.  If this was flu, it was the worst flu I’d ever had. I was feverish but couldn’t get warm, and my scalp was so painful, I couldn’t even comb my hair.

For someone who’s always been fairly healthy, being laid low like that was a huge shock, especially with such a sudden onset. One doctor thought it was an upset stomach. Another doctor suspected a brain tumour. Blood tests indicated serious inflammation – but what was wrong with me?

The nights were the worst, my head hurting so much I would have happily died. I remember vivid dreams – or nightmares – in which numbers constantly scrolled past my eyes. I woke up convinced that if I could simply spend the rest of my life avoiding numbers, I’d be fine.

After almost a week of this crippling headache and a series of blood tests, I was given strong steroids and sent for X rays. The pain eased. I began to feel human again.

We went to the hospital to get my test results. The specialist suspected TB. Had I been in contact with anyone who might be carrying TB? Living and working in London, how could you avoid people travelling from countries where tuberculosis is still a problem? He seemed perplexed by the test results. ‘This is quite serious,’ he said. ‘We’ll have to keep you here in hospital. We can’t let you go home.’ And I thought I was getting better!

While the doctor went away to make the arrangements, I began to scribble down a list of things for my husband to collect from home and bring back for me. How would he cope on his own, with me in hospital? What about work? Might I unwittingly have passed this illness on to my colleagues? I’d thought things couldn’t get worse but they just had done!

From doomsday scenario to (almost) the all-clear in a matter of minutes! I was too stunned – and thankful – to question why he’d so abruptly changed his diagnosis. Had he picked up the wrong test results before he saw me? I’ll never know.

It took me a good few weeks to get my strength back, but I was just grateful to reach Christmas that year. Physically, I recovered but mentally, it took a lot longer to get over the shock of an illness that came so totally out of the blue. Plenty of people reading this will have experienced far worse health scares, far more depressing diagnoses. I’ve been incredibly lucky. But my experience brought home to me the precariousness of life, even when you think you’re doing all the right things to prolong it.

Looking back, I can see I’d been working too hard and worrying too much. I was running on empty and feeling, stupidly, that everybody depended on me. They didn’t. Another valuable lesson learnt that November.

On November 12 1966, I went to a Walker Brothers concert in Bournemouth. I came home on the bus afterwards, sobbing my heart out. My life had come to an end. Scott hadn’t even noticed me!

Thirty eight years later, as I listened to the news bulletins about John Peel’s funeral, I felt a sadness as profound if less irrational. But all of that recedes when you remember how, out of a bright autumn day, your own life can change forever.