It’s been quite a week!

I entered the Wells Literary Festival Short Story competition without a thought of getting shortlisted, let alone winning it! I’d read entries from previous years and concluded that ‘Anything goes!’

So I had a go, with a story that derived from a few lines of a journal I kept many years ago, when I was living in London, homesick and in love. Re-reading the journal some months ago, I saw how, in a few short weeks, I’d gone from hopeful to confident, from confident to doubtful, from doubtful to disillusioned. It was a little story, all by itself, of an infatuation.

I can’t describe the elation I felt when I realised the winning story that judge Mark McCrum was describing was MINE. He’d read it a couple of times and put it aside, he said. He’d read it again with a glass of red wine in his hand. Not a lot happened in it, but you really felt something for the girl in the story. He read a short extract and I wasn’t sure I’d be able to stand up, walk down the room and collect my certificate. I know, I know, it’s not the Oscars, it’s not the Booker Prize, but it might as well have been. I’ve been walking on air all week! 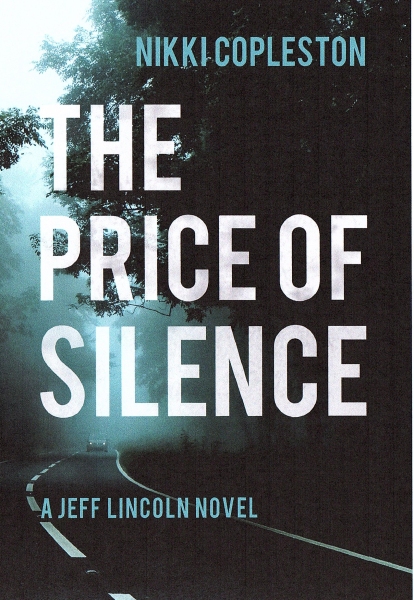 And then another lovely surprise: paperback copies of The Price of Silence arrived. I’ve been waiting thirty years to hold a printed copy of that book in my hand. Begun in 1990, the first DI Jeff Lincoln novel was finished and sent off to agents in about 1992, but despite kindly feedback, none of them felt they could take it on.

Commitments at work meant I had little time for writing fiction, so The Price of Silence languished in the proverbial bottom drawer for many years. When I was made redundant in 2011, I published it as an eBook, but I made some bad choices: the jacket image was wrong and I used a pen name. Needless to say, few readers found the eBook, although those that did, gave it generous reviews.

By the time I’d moved to the West Country, joined Frome Writers’ Collective and written The Shame of Innocence – intended as a sequel to The Price of Silence – I knew the original version of The Price of Silence was outdated and far too long. I unpublished the eBook and embarked on a total rewrite, wondering for a while if I was mad to do so!

I finished the rewrite in December 2018 and submitted it to Silver Crow Books, whose team of readers suggested various changes that I made over the next couple of months. Once approved by Silver Crow, the manuscript went off to SilverWood Books in Bristol, who produced a superb cover.

And yesterday, the books arrived! So yes, it’s been quite a week, and now I’m looking forward to the launch party in Frome – which is also the celebration of Silver Crow Books’ third birthday, at Frome Town Hall on November 18th from 7.30.

The Price of Silence is available from Amazon.