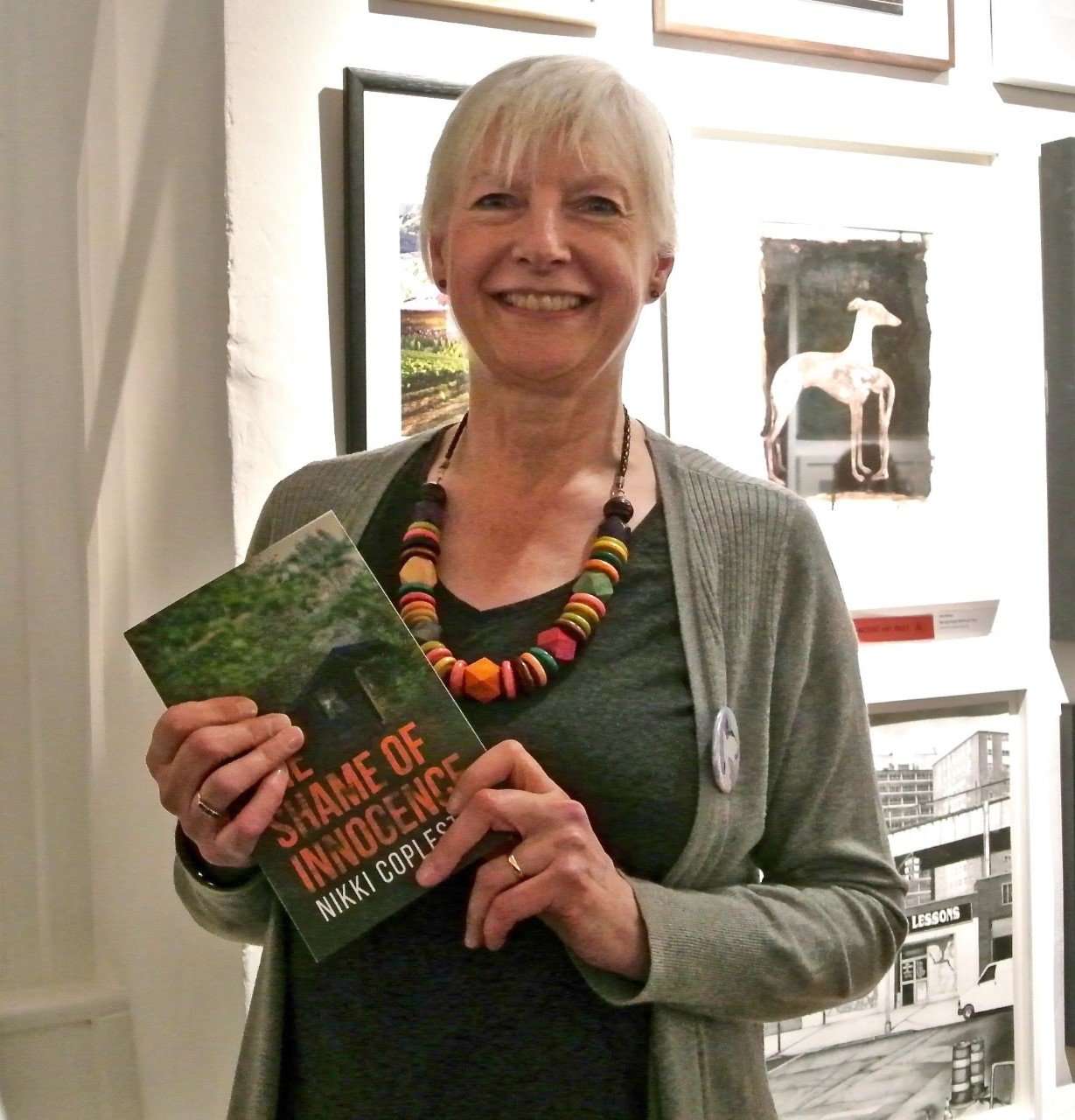 From hyphens to Hunting Raven Bookshop – a busy twelve months

A year ago, I submitted the manuscript of  my crime novel ‘The Shame of Innocence’ to Silver Crow Books, a new service begun by Frome Writers’ Collective.  During the next few weeks, trained readers assessed my manuscript and compiled a report for the FWC trustees responsible for Silver Crow.

When I got that report, I was horrified. I’d always prided myself on presenting my work well, so it was a bit of a shock to see how inconsistently I’d put digits instead of words for certain numbers, and how profligate I’d been with hyphens.  The general rule is that you spell out the number if it’s smaller than 10.  I’d usually done that – but not always. And had I really got this far without realizing you shouldn’t put a hyphen in an adjective like ‘heavily built’. Why not? Because ‘heavily’ ends in -ly, and that’s the rule. Apparently. So someone can be left-handed but if they’re a bit on the chunky side, they are heavily built NOT heavily-built.

I blame Word for a lot of my inconsistencies (though not that ‘heavily’ thing.) You know when you get those wiggly red lines under your text and you right-click and Word tells you what it thinks you MEANT to type? Well, I suppose Word often prompts you to put hyphens in when you hadn’t really thought you needed to. Which made me a bit heavy-handed (!) with the hyphens rather than leave my text ambiguous.

Back to that Silver Crow report… Once I’d overcome my indignation over my excessive use of hyphens, I was able to absorb the rest of Silver Crow’s advice. Most of the feedback was very positive but I still had work to do. The readers wanted to know more about the main character, Detective Inspector Jeff Lincoln. I hadn’t revealed enough about his background.

I spent a couple of weeks going through the manuscript, adding depth to Jeff Lincoln’s story. I also created a style sheet to keep track of when to use hyphens and when not to.  I found myself trimming the story itself even more, cutting back, paring down – ending up just shy of 116,000 words.  I took it back to Silver Crow’s readers who were pleased with what I’d done. I’d already made up my mind what I’d do next: get in touch with SilverWood Books, the Bristol-based publisher.

SilverWood recommended a professional proof read which tidied up layout and punctuation – all those niggly en spaces and em spaces that need to be correct for typesetting.  Time for the jacket! The cover illustration was a splendidly collaborative one: my very rough ideas were translated into an excellent design by Gill Harry – one of the driving forces behind Silver Crow – and further refined by SilverWood Books’ designers.

By the middle of November, it was ready, all of it, in time for the launch of Silver Crow in Frome and the publication of ‘The Shame of Innocence’.  It’s been a busy twelve months, and 2017 is going to be busier – for me and for Silver Crow as its second title, Brenda Bannister’s ‘The Tissue Veil’ is out and doing well, and a third title is due for publication in the early summer.  As well as a website and a Facebook page, Silver Crow now has a blog – take a look and see what’s next for this new book brand.

Brenda Bannister and I will be signing copies of our books in Hunting Raven Bookshop in Cheap Street, Frome, on Saturday March 11th from 11 a.m. – do drop in!